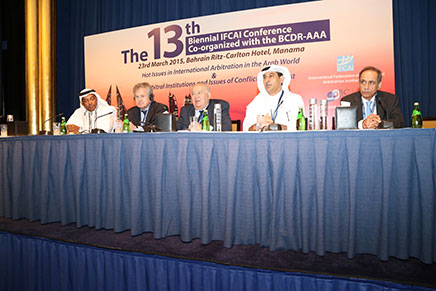 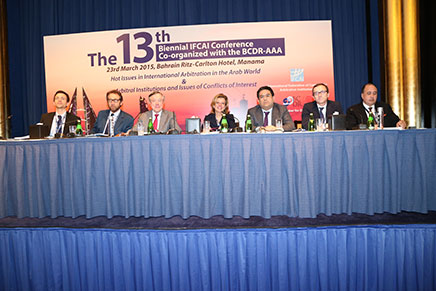 The afternoon session, which dealt with conflicts of interest, was chaired by Mr. William K. Slate II, former President and Chief Executive Officer of the AAA, and by Ms. Loretta Malintoppi, Of Counsel for Eversheds Singapore. The session included presentations by Professor Nassib G. Ziadé, Chief Executive Officer of the BCDR-AAA; Mr. Stefano Azzali, Secretary-General of the Milan Chamber of Arbitration; Mr. Andrea Calevaris, Secretary-General of the ICC International Court of Arbitration; Dr. Hamid Gharavi, Founding Partner at Derains and Gharavi; Dr. Tarek Riad, Chair of the Executive Committee at the Dubai International Arbitration Centre (DIAC); and Dr. Hanno Wehland, Legal Counsel at the Permanent Court of Arbitration (PCA). The panel's speakers provided wide-ranging views on the role of arbitral institutions in regulating potential conflicts among arbitrators and counsel. Professor Ziade vehemently argued that to preserve legitimacy, arbitration institutions should accept their unique position in the field and initiate much-needed change with respect to conflicts of interest, including the drafting of codes of conduct and increasing the pool of potential arbitrators. Other speakers disagreed with Professor Ziade's proposed solutions, noting that overregulation could lead to division of the profession and more arbitrator challenges.