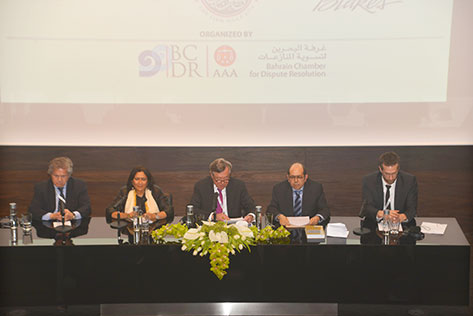 On the evening of 22 March 2015, the Bahrain Chamber for Dispute Resolution (BCDR-AAA) held a ceremony at Shaikh Ebrahim Bin Mohammed Al Khalifa Center for Culture and Research, and a celebratory dinner at Bu Zaboon House at Muharraq City in Bahrain, to honor a lifetime of achievement by Prof. Dr. Ahmed Sadek El-Kosheri, a renowned Egyptian judge and arbitrator.

The event was attended by more than 150 of Dr. El-Kosheri's colleagues and friends from around the world. High-level officials and members of the Bahraini legal community were also present at the ceremony. 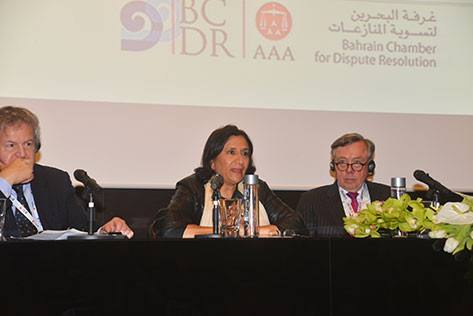 Sha. Haya Al-Khalifa during her speech

At the beginning of the ceremony, Sha. Al Khalifa praised the high sense of justice and wisdom for which Dr. El-Kosheri is known in the international legal community. She briefly mentioned some of his achievements in international law. She noted how she had come to know Dr. El-Kosheri, and concluded by saying that "we are celebrating Egypt, represented by him and the life he dedicated to the development of law at the Arabian as well as the international level." 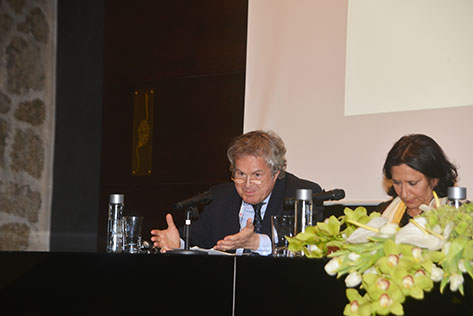 Dr. Philippe Leboulanger during his speech Mr. Florian Dupuy after his speech

Mr. Florian Dupuy noted the long history of friendship between his family and Dr. El-Kosheri. He spoke about how his grandfather, Prof. René-Jean Dupuy, had worked with Dr. El-Kosheri in the development of Egyptian law, and how they had together helped to found the Francophone University in Alexandria, which is also known as the "Université Senghor d'Alexandrie." Mr. Dupuy expressed his pride and gratitude to Dr. El-Kosheri for creating the René-Jean Dupuy Center for the Development of International Law after Prof. Dupuy passed away. 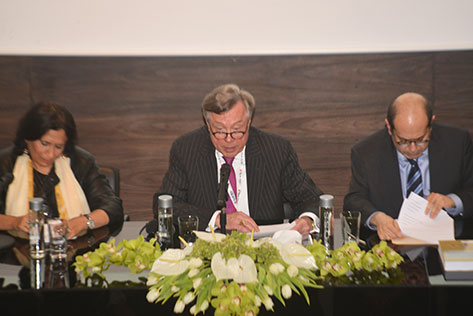 Mr. William K. Slate II talked about how Dr. El-Kosheri had succeeded remarkably in bringing to light the influences and effects of culture on conflict resolution. He added that Dr. El-Kosheri should be honored for raising and addressing sensitive issues in a way that allowed for growth and increased legitimacy and inclusiveness in international arbitration. Mr. Slate finished by noting that "in recalling Dr. El-Kosheri's various examples [of excellence], we are encouraged to be bold agents of change in a continuing tribute to [him]." In a heartfelt tribute in Arabic to Dr. El-Kosheri, Prof. Nassib G. Ziadé stated at the awarding ceremony that "[o]ne can hardly think of another Arab figure who has done more than Dr. El-Kosheri to strengthen international law while bridging legal-cultural divides between the Arab and African regions and the rest of the world. He will undoubtedly continue to inspire many generations to come."

Prof. Ziadé detailed the life of Dr. El-Kosheri starting from his childhood in Cairo and touching on his studies and influences in Cairo, Paris and The Hague and his stellar career beginning with his assistance to the great Arab legal jurist, Abd El-Razzaq El-Sanhouri.

Prof. Ziadé's tribute covered Dr. El-Kosheri's years of teaching at Ain Shams University in Cairo, his work as legal adviser of the Arab Fund for Economic and Social Development in Kuwait and secretary-general of the Islamic Bank for Development in Jeddah, and his establishment of the Law firm of El-Kosheri and Rashed.

Prof. Ziadé highlighted significant achievements of El-Kosheri's arbitral career, which included acting as counsel for his native Egypt in the ICC phase of SPP v Egypt (which also went to ICSID arbitration) and in a case over boundary markers in Taba between Egypt and Israel. He was also counsel to Kuwait in the ad hoc arbitration Aminoil v Kuwait and an arbitrator in the Permanent Court of Arbitration-administered dispute between Yemen and Eritrea.

Prof. Ziadé further noted Dr. El-Kosheri's participation in seminal ICSID cases, including as a member of the first ad hoc committee to examine a request for annulment of an ICSID award and as president of the first ICSID tribunal that recognized consent on the basis of a bilateral investment treaty. 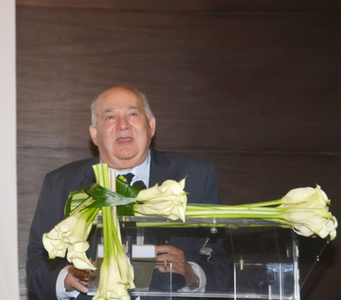 Dr. Ahmed El-Kosheri during his speech 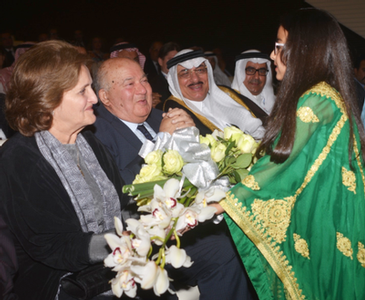 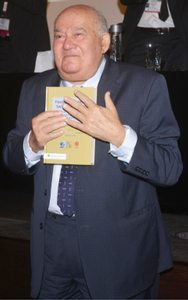 In his speech, Dr. El-Kosheri said: "If I have achieved anything in my life, I owe it to my family and my professors. ... My parents taught me to love Allah, and taught me the Islamic religion of tolerance, love and peace. My professors in Egypt and France taught me to look in-depth at legal issues, and but for them I would not have known the value of hard work."

After the ceremony, guests walked through a historical neighborhood in Muharraq City to Bu Zaboon House, where a celebratory dinner was held in honor of El-Kosheri. 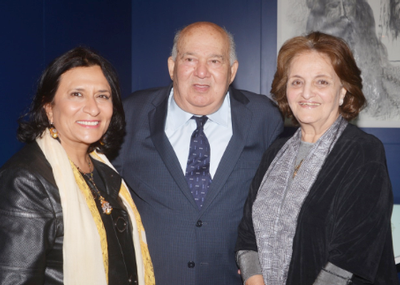 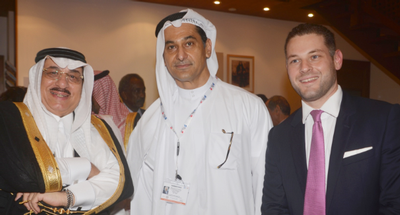