The Bahrain Chamber for Dispute Resolution (BCDR) hosted today a roundtable discussion on the topic of "Bahrain - A Seat for International Commercial Arbitration," at its offices in Diplomatic Area.

Attended by more than 30 representatives of both the public and private sectors, including the Head of the Supreme Judicial Council, in-house, transactional and arbitration lawyers, the discussions highlighted the attractiveness of Bahrain as a seat of arbitration.

In his opening remarks, His Excellency the Honorable Chief Justice Shaikh Khalid bin Ali Al Khalifa thanked the attendees, and presented a brief overview of the steps taken by Bahrain over the past years to bring its legal framework in line with leading pro-arbitration jurisdictions.

Describing the steps undertaken since 2000, he observed that as recently as early 2021, Bahrain committed to a number of "access-to-justice" initiatives, at the heart of which lies a dispute resolution ecosystem focused on alternative dispute resolution, including arbitration and mediation. His Excellency then highlighted the supportive attitude of the Bahraini judiciary towards arbitration, and stressed the desire of the judiciary to be "open" and "responsive" and to participate in the conversation on how to bolster arbitration in Bahrain and Bahrain as a seat.

The BCDR's Chief Executive Officer, Nassib G. Ziadé, followed with some general considerations on the significance of the seat of arbitration, before detailing how Bahrain is equipped with all the features of a pro-arbitration jurisdiction.

Reminding that the choice of a seat is usually amongst the first decisions to be made by the disputing parties, the tribunal, or the administering institution, Professor Ziadé examined the key considerations that go into choosing a particular seat of arbitration. He observed that an arbitration-friendly seat is one that is equipped with a pro-arbitration legal framework with a modern international arbitration law providing the necessary framework for facilitating the fair resolution of disputes, and limiting court intervention in disputes that parties have agreed to resolve by arbitration. Echoing the remarks of His Excellency, BCDR's Chief Executive observed that an arbitration-friendly seat is one that benefits from a judiciary supportive of arbitration, "where the relationship between private arbitration tribunals and public national courts would be a true partnership in which the courts support the arbitration process and respect its boundaries, while reserving for themselves the right to reasonably control its excesses." He cautioned that state court "intervention" in the arbitral process should not devolve into "interference" where court interventions become disruptive of, rather than supportive of, the arbitral process.

Apart from those legal considerations, Professor Ziadé stated that a seat of arbitration should be easily accessible and safe for parties, witnesses, counsel, and arbitrators, as well as free from unreasonable constraints. It should offer adequate facilities for the provision of services to international arbitration proceedings, including transcription services, hearing rooms, management services and translation services.

Professor Ziadé then noted that the choice of a seat will entail legal consequences that are significant for the arbitral process, as the arbitration process will most likely be governed by the law of the seat. The choice of a seat will entail consequences as to the finality of the award, including any right to challenge it in the courts of the place of arbitration. He opined that any mandatory provisions of the seat of arbitration, as well as the rules governing the setting aside and the annulment should be in conformity with international standards and international instruments, such as the widely adopted UNCITRAL Model Law on International Commercial Arbitration and the 1958 New York Convention on the Recognition and Enforcement of Foreign Arbitral Awards currently ratified by 171 State Parties.

Professor Ziadé then considered all the above in the light of the existing legal framework in Bahrain. He observed that Bahrain is party to numerous international instruments bolstering arbitration, not the least of which is the 1958 New York Convention on the Recognition and Enforcement of Foreign Arbitral Awards which Bahrain ratified in 1988. He also observed that Bahrain promulgated Law No. 9 of 2015, adopting the UNCITRAL Model Law on International Commercial Arbitration as the law governing both domestic and international arbitration, and granting immunity to arbitrators, their employees, and persons authorized by them to undertake some of their tasks, in relation to acts or omissions in the performance of their duties (except where these result from bad faith or gross mistake). Law No. 9 of 2015 also authorizes non-Bahraini lawyers to partake in international arbitrations seated in Bahrain, and requires judges to have regard to the UNCITRAL Model Law's international origin when interpreting its provisions, and to the need to promote uniformity in its application and the observance of good faith.

Professor Ziadé also showcased, with illustrative examples from recent decisions of the Bahraini courts, including the Court of Cassation, how the attitude and practice of the Bahraini judiciary was consistent with current approaches to the interpretation and application of the UNCITRAL Model Law and other arbitration-related international treaties. He also showcased how the practice of the Bahraini courts in matters relating to the annulment, recognition, and enforcement of arbitral awards was consistent with both the UNCITRAL Model Law and the 1958 New York Convention on the Recognition and Enforcement of Foreign Arbitral Awards.

Photographs taken during the round discussion 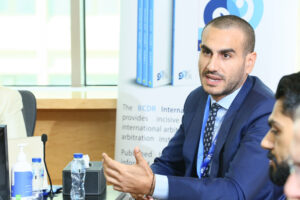 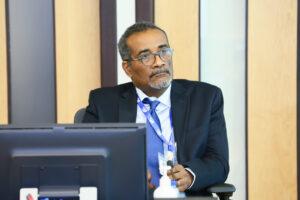 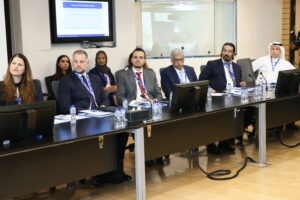 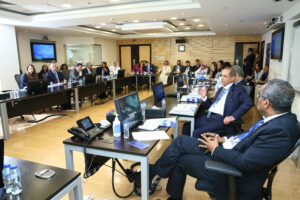 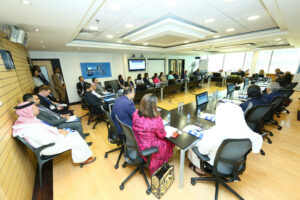 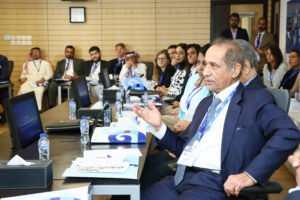 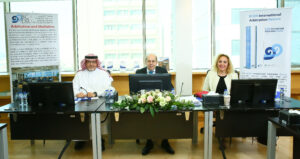 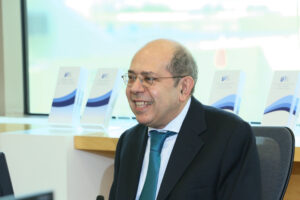 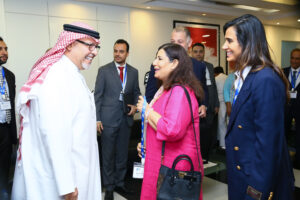 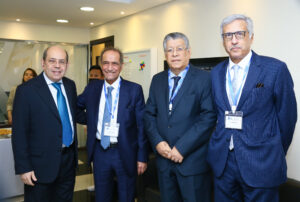