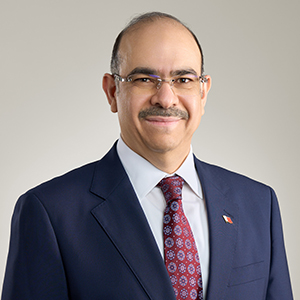 Yousif Abdulhusain Khalaf was a practicing lawyer in Bahrain from 1990 to 2002, licensed to appear before the Bahraini Court of Cassation and the Constitutional Court. His legal practice spanned many areas of the law, including civil law, commercial law, companies' law, and arbitration. He is an accredited arbitrator with the Bahraini courts and with a number of regional and international arbitration centers. From 2002 to 2005, he was the Legal Affairs Advisor at the Court of the Crown Prince.  Since 2005, he has been the Chief Legal Advisor to the Bahrain Economic Development Board. He has contributed to the drafting of a number of Bahraini laws relating to economics, finance and investment, and has participated in various studies aimed at developing Bahrain's legal infrastructure in line with international best practices.