BCDR has two distinct and separate components: a specialized court (the BCDR Court) and an international arbitration and mediation center (BCDR).

BCDR has a secretariat, overseen by a board of trustees. The board comprises seven members and is chaired by Sheikha Haya Bint Rashed Al-Khalifa, a former president of the UN General Assembly. The secretariat is headed by the CEO, Professor Nassib G Ziadé, and includes a chief registrar and other ADR specialists. Professor Ziadé has served as CEO since 2013, and Mr Ahmed Husain as chief registrar since 2010.

BCDR's case management team is composed of lawyers who are fluent in English, Arabic and French, and who undertake continuing professional development to ensure maximum competence in the performance of their duties.

The BCDR Court has jurisdiction over disputes falling originally within the jurisdiction of the Bahraini courts, where the claim exceeds BHD 500,000 (about US$ 1.3 million) and at least one party is a financial institution licensed by the Central Bank of Bahrain, or the dispute is of an international commercial nature.

BCDR is an international arbitration and mediation center with jurisdiction over disputes with respect to which the parties have agreed in writing that the BCDR Arbitration or Mediation Rules shall apply, or that BCDR should administer the arbitration or mediation under non-institutional rules or procedures.

Parties may be local or foreign individuals, business or governmental entities, contracting in the Gulf area and beyond.

BCDR's current Arbitration Rules and Mediation Rules came into effect in 2017 and 2019, respectively, and are available in English, Arabic and French. Both sets of rules have introduced new features that enhance procedure and time and cost efficiency of arbitration and mediation; new and more accessible fee schedules; and new model clauses.

These facilities are used not only for BCDR hearings, but also for ad hoc arbitration and mediation proceedings (including those conducted under the UNCITRAL Rules), for seminars, meetings and other outreach events.

BCDR views training and education as an integral part of its mission, and holds training sessions and workshops on arbitration and mediation for judges, lawyers, in-house counsel, experts and other professionals. It also supports the training of law students interested in international commercial arbitration; having organized and hosted, since 2011, the Middle East Pre-Moot prior to the Willem C Vis International Commercial Arbitration Moot, in collaboration with the US Commercial Law Development Program.

BCDR also participates, on behalf of the Kingdom of Bahrain, in the working sessions of the UNCITRAL Working Groups. It has drafted Bahrain's official submissions to Working Group II, on Expedited Arbitration, and Working Group III, on Investor-State Dispute Settlement Reform.

BCDR is currently preparing new rules specifically for investment arbitration, as well as rules for the administration of ad hoc arbitrations. It is also expanding its roster of experienced international arbitrators and mediators. 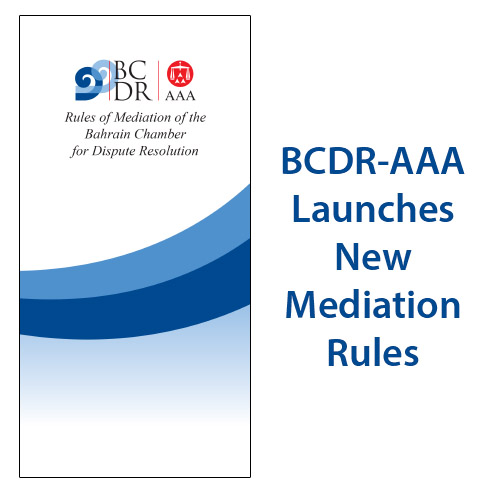 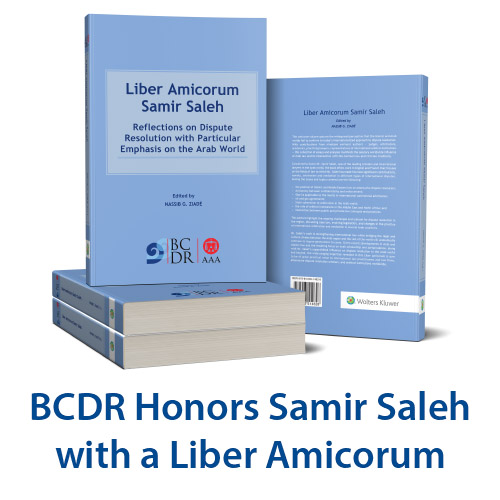 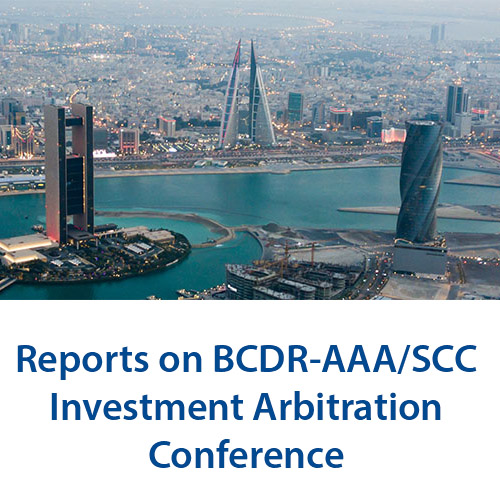