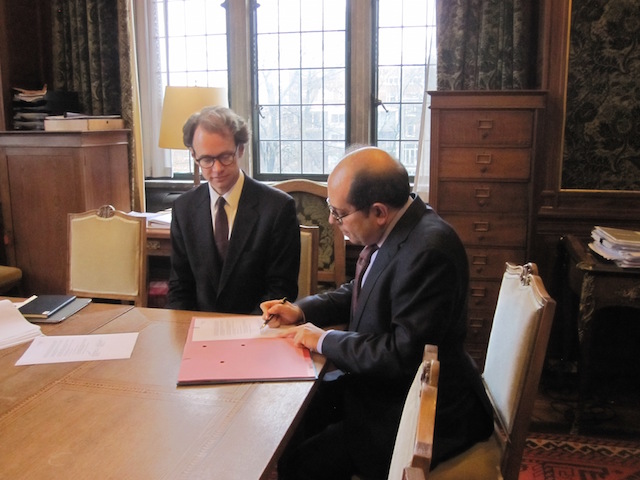 On 4 December 2013, the Bahrain Chamber for Dispute Resolution (BCDR-AAA) and the Permanent Court of Arbitration (PCA) concluded a Cooperation Agreement in The Hague. The Chamber's CEO Prof. Nassib Ziade and the PCA Deputy Secretary-General Mr. Brooks Daly signed the Agreement at a signing ceremony that took place at the Peace Palace.

Under the Agreement, each institution can request the use of the other's facilities to conduct arbitration proceedings. The Agreement further provides that both institutions will cooperate in the organization of conferences on arbitration, as well as in the exchange of information and expertise. A copy of the Agreement is available here.

About the Permanent Court of Arbitration (PCA)

The PCA is an intergovernmental organization with 116 member states. Established in 1899 to facilitate arbitration and other forms of dispute resolution between states, the PCA has developed into a modern, multi-faceted arbitral institution that is now perfectly situated at the juncture between public and private international law to meet the rapidly evolving dispute resolution needs of the international community. Today the PCA provides services for the resolution of disputes involving various combinations of states, state entities, intergovernmental organizations, and private parties.

The PCA's Secretariat, the International Bureau, headed by its Secretary-General, provides administrative support to tribunals and commissions. Its caseload reflects the breadth of PCA involvement in international dispute resolution, encompassing territorial, treaty, and human rights disputes between states, as well as commercial and investment disputes, including disputes arising under bilateral and multilateral investment treaties.

About the Bahrain Chamber for Dispute Resolution (BCDR-AAA)

The Bahrain Chamber for Dispute Resolution (BCDR-AAA) is an independent dispute-settlement institution established in 2009. In partnership with the American Arbitration Association (AAA), the BCDR-AAA provides commercial and governmental users contracting in the Arab Gulf and beyond with solutions for rapid and effective resolution of economic, financial and investment disputes. The BCDRAAA provides state-of-the-art facilities for arbitration and mediation of commercial disputes, with a particular expertise in the commercial and investment sectors. 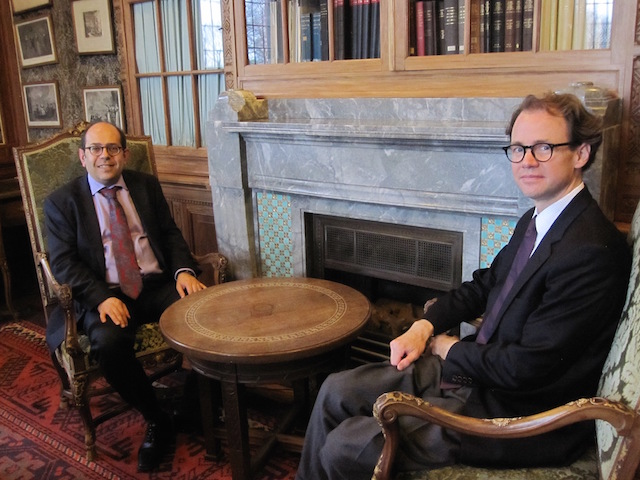