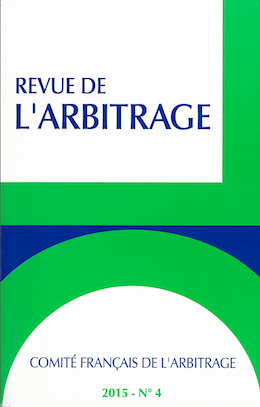 The Revue de l'arbitrage, published by the Comité français de l'arbitrage since 1970 and one of today's leading arbitration journals, carried a report on the BCDR International Arbitration Review in its fourth issue of 2015. Below is an English translation of the report, which was written in French by Professor Charles Jarrosson of the University of Paris II (Panthéon-Assas).

September 2014 and June 2015 saw the publication of the first two issues of a new journal on arbitration. It is published by the Bahrain Chamber for Dispute Resolution (BCDR). Partly in English and partly in Arabic, it contains articles and translations of selected case law in English and case law in Arabic.

The journal is published in both print and digital formats.

Each issue will focus on a given theme of special relevance to Arab countries. Taking the first two issues, for example, issue no. 1 deals with the "recognition and enforcement of foreign awards in the Arab countries of the Gulf region," and issue no. 2 is entitled Women's Voices in International Arbitration.

One of the aims of this journal is to broaden the knowledge and study of arbitration in this part of the world, currently beset by great turmoil. Mr. Nassib Ziadé, promoter of the journal, has placed a wager on the future: when peace returns, international trade will increase and arbitration will be put to work to allow the peaceful settlement of disputes.