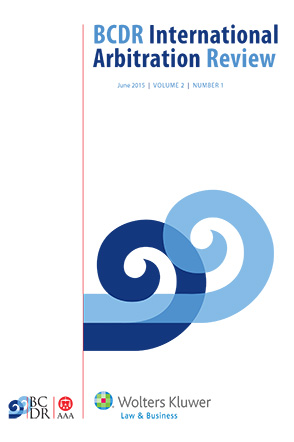 The Bahrain Chamber for Dispute Resolution (BCDR-AAA) released today the second issue of the BCDR International Arbitration Review, which is published by Wolters Kluwer. The Review was launched last year, and its first issue was published in September 2014.

This second issue includes ten articles authored by prominent women in the field of international arbitration, and it is the first of a two-part series that focuses on "Women's Voices in International Arbitration." The table of contents and abstracts of the second issue can be viewed here.

The General Editor of the Review is Prof. Nassib G. Ziadé, CEO of BCDR-AAA. The Editorial Committee for this second issue was comprised of Djurdja Lazic, as Deputy General Editor, and Yousif Al Saif and Khaled Iqbal Chilwan, as members. The complete list of the Editorial Board can be viewed here.